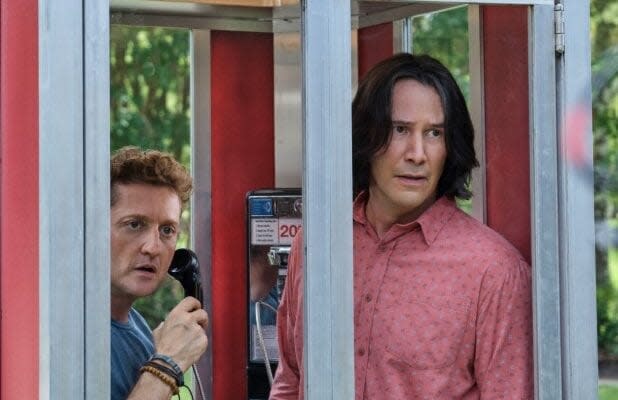 Orion Pictures has moved the release date of “Bill & Ted Face The Music,” finally settling on Friday, Aug. 28. The comedy sequel will be available in theaters and on-demand.

Keanu Reeves and Alex Winter reprise their roles for the third time as “middle aged best friends set out on a new adventure to seek the song that will set their world right and bring harmony in the universe, with the helped by their daughters (Samara Weaving and Brigette Lundy-Paine), a new batch of historical figures and a few music legends,” according to the film’s description.

Like many movies, “Face the Music” has had its opening shifted amid the ongoing coronavirus pandemic, previous set for Sept. 1 and Aug. 21. Its new release date pits it against 20th Century’s “The New Mutants,” which has also been moved multiple times on the schedule.

Check out a new featurette from the film below: