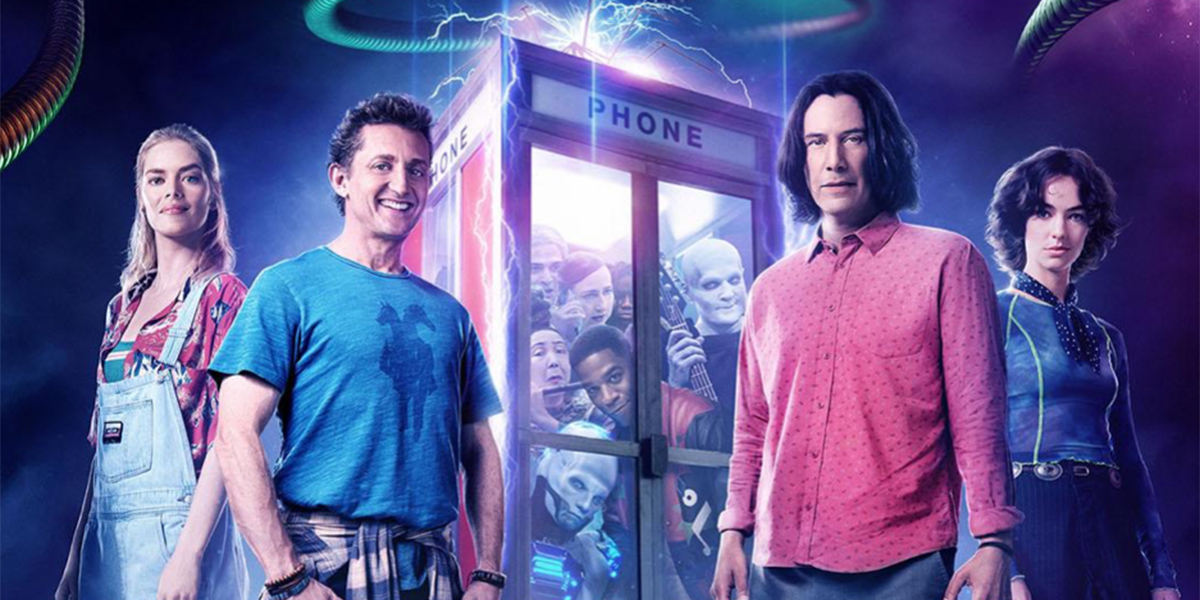 A lot can change in 30 years. I was nine whenBill & Ted’s Excellent Adventurewas released. It was an instant cult classic, but my first exposure to it was through the Saturday morning cartoon that came out the following year. Though rated PG,Bill & Tedhad a reputation for being vulgar, a film about a couple of stoner kids who do not take life seriously. It was not the sort of thing I was allowed to watch at that age. I was in my early teens when I saw the movie for the first time and fell in love with the franchise.

Despite having some things in common with raunchy buddy comedies from the same era, the Bill & Ted movies are surprisingly sweet. This is no less true with Bill & Ted Face the Music, released just last week in theaters and on demand. After decades of trying to write the song that was prophesied to unite the world, Bill S. Preston, Esquire (Alex Winters) and Ted Theodore Logan (Keanu Reeves) have gone from rock stars to has-beens. Yet they continue to believe that they have a role to play in the destiny of the world, despite all evidence to the contrary.

The plot of Face the Music, like that of the other two films, is surprisingly complex, but it really does not matter if you get it or not. The story revels in its own weirdness, involving time travel, robots, famous musicians from the past, a trip to hell, and even William Sadler reprising his role as Death from the 1991 sequel Bill & Ted’s Bogus Journey. Face the Music is far better if you do not focus on the details and just let it wash over you.

These movies have always been fun and funny, but what really makes them work is their focus on the friendship between our unexpected heroes and the desire to do good that motivates them. Bill and Ted are slackers, but they mean well. They may be dim-witted, but they are willing to give up everything, even their lives, if that is what it takes to protect the people they care about. That is what makes them relatable and even strangely inspiring. Like Bill and Ted, we all sin and fall short of the glory of God, yet if we choose to love what is good, we find that despite our weaknesses, we are capable of extraordinary things.

Certainly, this movie is part of the nostalgia boom that has captured Hollywood in recent years, but it is not simply fan service. There is an effort with Face the Music to let the characters evolve as they confront themselves through time. The addition of a subplot featuring the duo’s grown daughters, played by Samara Weaving and Brigette Lundy-Payne, also adds a new and welcome dimension of growth to the story. Still, the primary source material from the older films sets the stage, so if you did not like them, you probably will not like this one either.

Ironically though, what Face the Music gives us in 2020 is almost the opposite of what Excellent Adventure had a reputation for in 1989. Our lives in 2020 are soaked in vulgarity, from our popular culture to what now passes for public discourse. As a society, we are more cynical, meaner, and less tolerant. We have suffered greatly from disease and the ensuing isolation, which seems in many ways to have pushed us deeper into self-centeredness and a lack of empathy. In the wake of all that, a lighthearted movie about two lifelong friends whose struggle to be decent saves the world may be just the thing we need. “Be excellent to each other” is not exactly the Gospel, but it is certainly a step in the right direction.